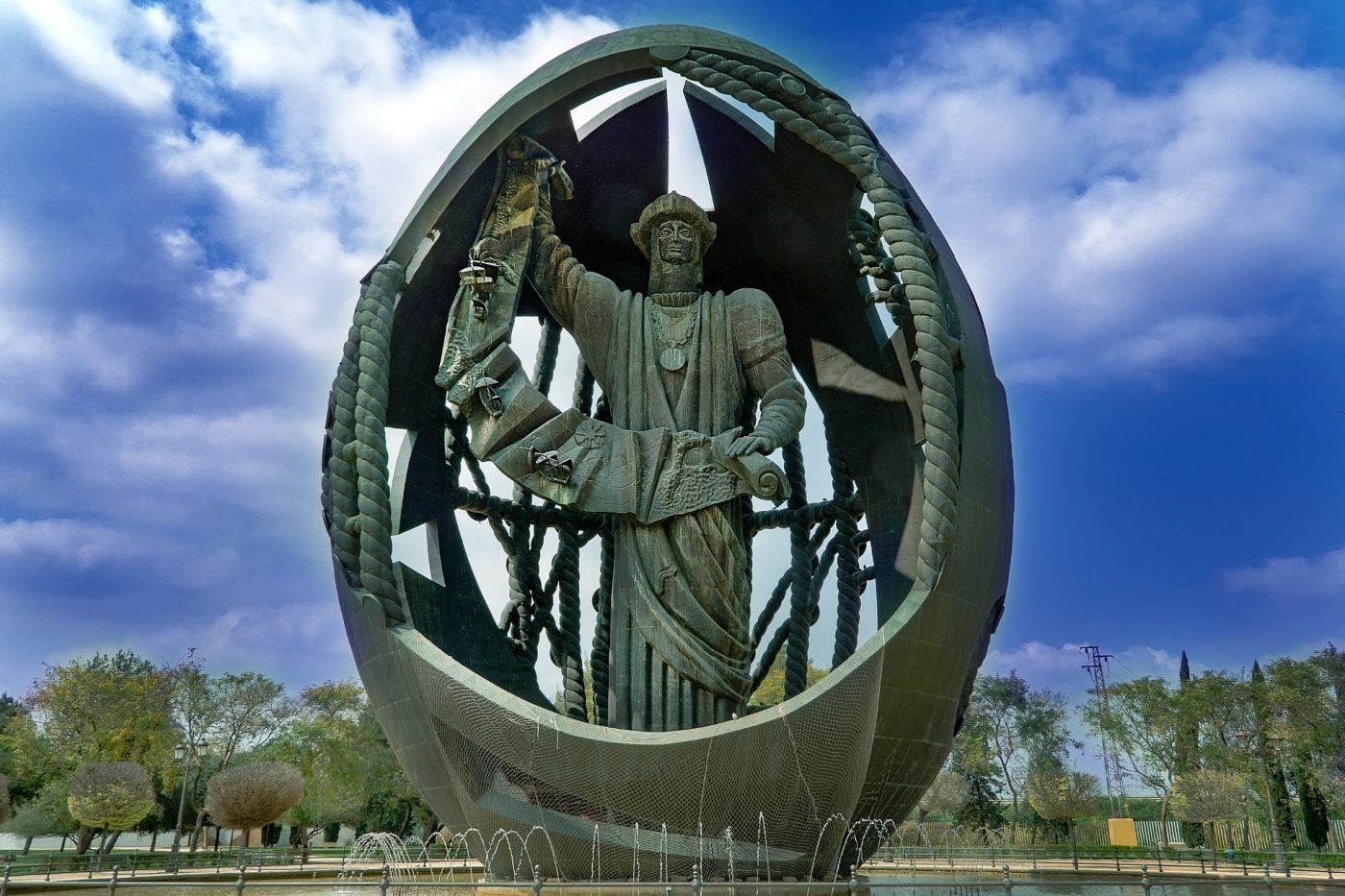 Do you love exploring on foot? Seville has many walking routes. Wandering by the Cathedral or taking a leisurely stroll by the Torre del Oro are two obvious options for visitors. However, today we want to suggest a different route, unknown by many: a walk along the river bank all the way to ‘Columbus’ Egg’.

This monument is located in the San Jeronimo neighbourhood and is perhaps a less obvious choice to visit. However, it is a pleasant walk for those who love to enjoy the fresh air and a bit of exercise. The bronze egg-shaped sculpture is 45 metres high and holds within a 35 metre figure of Columbus.

Did you know it is by the Georgian born Russian artist Zurab Tsereteli and that it was a gift from the city of Moscow to the city of Seville?

To transport the monument to its current location first it was taken by boat to Santurce, in the Basque Country, and then by road to Seville. Seven trailer lorries and an additional two special transport lorries were needed to transport the large pieces to its destination!

The sculpture was inaugurated on the 9th October 1995 by Infanta Elena de Borbón and her ex-husband Jaime de Marichalar, having received the honorary title of Adoptive Daughter of Seville by the mayor Soledad Becerril.

The walk is a 5km route along the banks of the Guadalquivir River, along Rey Juan Carlos I and Camino Viejo de la Algaba Streets. It’s a wonderful route to do on foot or to cycle since it is car free and traffic light free most of the way, with pleasant park areas and many people out for a run or an evening stroll. You can also watch the rowers go by on the river.

If you are staying in Seville, Hotel Ribera de Triana is a great option since its location right by the river is perfect to start you out on this route. It is also a perfect option to acquaint yourself with other nearby areas such as the Triana neighbourhood, the Maestranza bullring or the city centre.
In January, pack your walking shoes and discover Seville on foot!