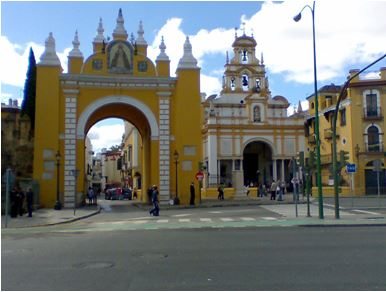 Contrary to the popular belief, the Seville Macarena district owes its name to the venerated image of the Virgen de la Esperanza Macarena, who isn’t the emblem of only the neighborhood, but also of the city itself. Among the hypotheses, there is a possibility of a Roman (Macarius) or Arabic (Macarea) origin. With a great story behind it, it is worthy to spend at least an afternoon to discover all its ins and outs during your stay in our hotel. Whether you are religious or not, in this neighborhood you’ll surely find something that will conquer you.

La Macarena is bounded by the Old Town (south) and the Triana district (west). Start your sightseeing at La calle San Luis, a pathway in which also you can see what remains of the old wall.